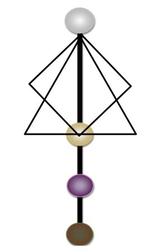 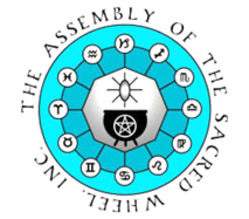 The Assembly of the Sacred Wheel

The Assembly of the Sacred Wheel is a legally recognized Wiccan non-profit religious organization based in the Mid-Atlantic region. Keepers of the Holly Chalice, the founding coven of the Assembly began its life in February of 1984, and in 2014, our Tradition celebrated its 30th Year Anniversary. The Assembly was incorporated in the state of Delaware in 1993 and was granted 501(c)(3) status by the IRS in 1995.

The Elders of the Assembly of the Sacred Wheel are:

The form of Wicca that the Assembly practices is syncretic and draws inspiration from Astrology, Qabala, the Western Magickal Tradition and the folk religions of Europe. Religiously, the Assembly is dedicated to the health of Mother Earth, and to all of her children. We recognize that every human carries the divine spark of God and Goddess, a gift that carries the obligation to make manifest this divine heritage. Divinity itself, source of the Universe, is a single and incomprehensible force that emanates as the God and the Goddess. God and Goddess reveal themselves to us in the threefold aspect of Maiden-Mother-Crone and Youth-Father-Sage. Divinity is immanent, inherent in all that exists and transcendent, supporting all that exists - whole, distinct, incorruptible, and outside of time. Between human beings and the ultimate Divine exists a vast ecology of disembodied, or un-embodied, spiritual entities which we work with in order to promote growth and earthly harmony. When working with these entities — which include the Elements, Faeries, and Ancestors — we invite them, rather than command them, to join us. This is in keeping with the doctrine of Free Will, which we believe must equally extend to all spirits — human or otherwise.

The structure of the Assembly was designed to encourage the formation of a magical community that is close-knit and yet gives individual covens room for growth and experimentation. The Assembly of the Sacred Wheel, when it is complete, will consist of 12 Zodiacal Circles each representing one of the 12 Zodiacal signs. Each Circle consists of four covens each of which holds in stewardship one of the Tools of the Elements (Air, Fire, Water, and Earth) forming a complete set. The structure of the Assembly is a pantacle, a mandala, a medicine wheel, and more. The Tool of the Element of each coven provides an anchor for the coven’s group mind, and a relationship to the other covens in each Wheel, and in other Wheels. The symbol and the focus of unity for the Assembly is a central Cauldron, representing Spirit. Read more about this here....

The Assembly hosts and participates in many events throughout the year, many of which have become annual events such as Spring and Autumn Magick; the Ritual of Hecate; the Ritual to the Stag-God Cernunnos and more.  The Assembly currently consists of fourteen covens located throughout Delaware, Maryland, Northern New Jersey and the Delaware Valley/Greater Philadelphia areas. They are: Keepers of the Holly Chalice, Coven of the Rowan Star, Oak & Willow, Weavers of the Moonfire, Guardians of the Windsword, Fellowship of the Ancient White Stag, Troupe of the Starry Door, Chalice of Living Stars, Tenders of the Earth Temple, Order of the World Tree, and Grail of the Birch Moon, Coven of the Mystic Path, Archers of the Sacred Flames and Bearers of the Earth Fame.

Although each of our covens maintains autonomy in its style of practice, being part of a larger Tradition affords us the opportunity to share communal practices and philosophies and interact with a larger member base, Additionally, we have access to the strengths of a leadership base nurtured and trained within a specific Tradition; while still bringing a wealth of individual expertise and talents to meet the needs of membership as they develop their own magickal talents and style.

For more information about our Tradition and upcoming events, please click on the link below:

The Assembly of the Sacred Wheel

Note:  Please use your browser’s back button to return to Coven of the Mystic Path, ASW

Coven of the Mystic Path